Yunnan's nature has it all

Yunnan province is a zoological and botanical garden. It houses a lot of lakes and uncountable rivers, and deep mountain gorges as well as plateaus. And vast mineral resources are Yunnan's main source of wealth. 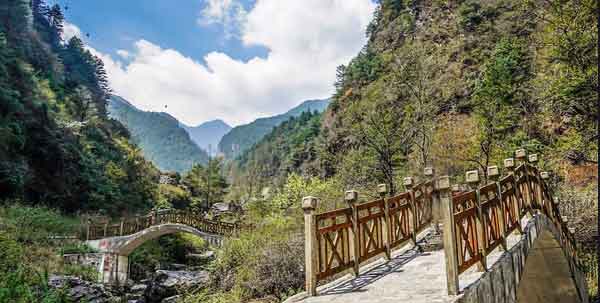 Both mountains and plateaus

The terrain is largely mountainous, especially in the north and west. A series of high mountain chains spread across the province. There is a distinct canyon region to the west and a plateau region to the east. Yunnan's major rivers flow through the deep valleys between the mountains.
Yunnan's terrain is largely mountainous: the Changsan mountains
Natural zoological and botanical garden
The eastern half of the province is a limestone plateau with karst scenery and unnavigable rivers flowing through deep mountain gorges. The western half is characterized by mountain ranges and rivers running north and south. These include the Nujiang (Thai: Salween) and the Lancangjiang (Thai: Mekong). The rugged, vertical terrain produces a wide range of flora and fauna, and the province has been called a natural zoological and botanical garden.

The average elevation is 1,980 m. The mountains are highest in the north where they reach more than 5,000 m; in the south of Yunnan, they rise no higher than 3,000 m. The highest point in the north is the Kawagebo Peak in Deqin County on the Diqing Plateau, which is about 6,740 meters high; and the lowest is in the Honghe River Valley in Hekou County, with an elevation of just 76.4 meters.

A main source of wealth lies in its vast mineral resources, and mining is the leading industry in Yunnan. Yunnan has proven deposits of 86 kinds of minerals in 2,700 places.
Some 13% of the proved deposits of minerals are the largest of their kind in China, and two-thirds of the deposits are among the largest of their kind in the Yangtze River valley and in south China. Yunnan ranks first in the country in deposits of zinc, lead, tin, cadmium, indium, thallium, and crocidolite. Other deposits include iron, coal, copper, gold, mercury, silver, antimony, and sulfur.
The potential value of the proven deposits in Yunnan is 3 trillion yuan.

Yunnan is China's most diverse province, both culturally and biologically. The province contains snow-capped mountains and true tropical environments, thus supporting an unusually full spectrum of species and vegetation types. During summer, the Great Plateau of Tibet acts as a barrier to monsoon winds, trapping moisture in the province.

Extremely high plant variety
Yunnan's topographic range combined with tropical moisture sustains extremely high biodiversity and high degrees of endemism. Perhaps 17,000 species of higher plants, of which an estimated 2,500 are endemic, can be found in the province. The province is said to have 'as much flowering plant diversity as the rest of the northern hemisphere put together'.

Half of China's birds in Yunnan
The fauna is nearly as diverse. Yunnan Province has less than 4% of the land of China, yet contains about half of China's birds and mammals. Yunnan is home to, most notably, the southeast Asian gaur, a giant forest-dwelling ox, the tiger, and the Asian Elephant. Some already disappeared and are most likely extinct, like the Yunnan Box Turtle and the Yunnan Lar Gibbon. Yunnan Snub-nosed Monkey, also known as the Black Snub-nosed Monkey, is an endangered species of primate in the Cercopithecidae family. 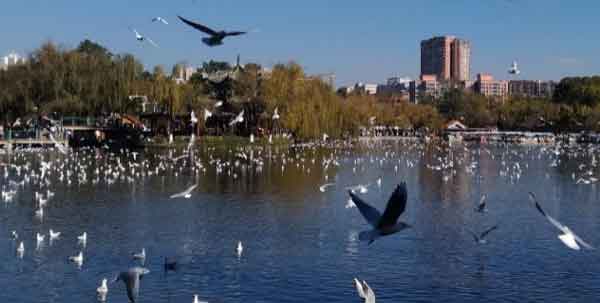 PYunnan province has nine lakes with areas over 30 square kilometers. They include:
- Dianchi Lake, near Kunming
- Fuxian Lake, in Yuxi, the second deepest lake in China
- Erhai Lake, near Dali
- Lugu Lake, in Ninglang near the border with Sichuan
- Qilu Lake, directly south of Fuxian Lake and in Tonghai County
- Yangzong Lake, in Yiliang County, Kunming Prefecture

Yunnan has sufficient rainfall and many rivers and lakes. The annual water flow originating in the province is 200 cubic kilometers, three times that of the Yellow River.
The rivers flowing into the province from outside add 160 cubic kilometers. This means that there are more than ten thousand cubic meters of water for each person in the province. This is four times the average in the country.

The rich water resources offer abundant hydro-energy. China is constructing a series of dams on the Mekong to develop it as a waterway and source of power. The first dam was completed at Manwan in 1993. 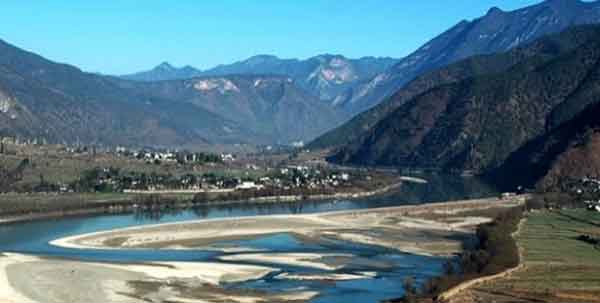